When William Haines (Billy) became Hollywood’s number one leading man in the 1920’s, his svelte, dapper persona exemplified the era’s vibrant experimentation and flaunting of social norms. Famous for strutting before Hollywood executives when he first arrived and slyly remarking “here’s your beauty prize”, Haines was a provocateur perfectly at home in the burgeoning anything goes Hollywood culture, best friends with Joan Crawford and the top box office draw in 1930.

But William Haines was plagued with rumors concerning his sexuality, which he was not afraid to flaunt. He lived openly with his partner Jimmy Shields in a beautiful mansion Haines decorated himself. They were lauded for having the “happiest marriage in Hollywood”. But faced with an ultimatum by Louis B. Mayer to give up his partner or have his contract terminated, Haines walked out of the closet, away from the silver screen, and into a new career designing Hollywood’s most beautiful interiors.

It wasn’t his first career shift. Born on New Years Day, 1900 in Hopewell, Virginia, he identified as “a true child of the twentieth century”. Swept up in the movement and social change of the era, he ran away at 15 and started a dance hall. When that burned down, he took off to New York, where he was spotted on the street as a beautiful face destined for Hollywood.

And when Hollywood turned its back, William Haines made a sensation by designing Joan Crawford’s living space in all white, creating a perfect, elegant frame for her star presence. His low to the floor pieces were known for elevating the people perching upon them more than the furniture itself. A William Haines room was like a set you could not only act on, but also live in. He and Crawford (who he teasingly called Cranberry) were rumored to have fights over color, not which ones she could wear, but which ones she could sit on. 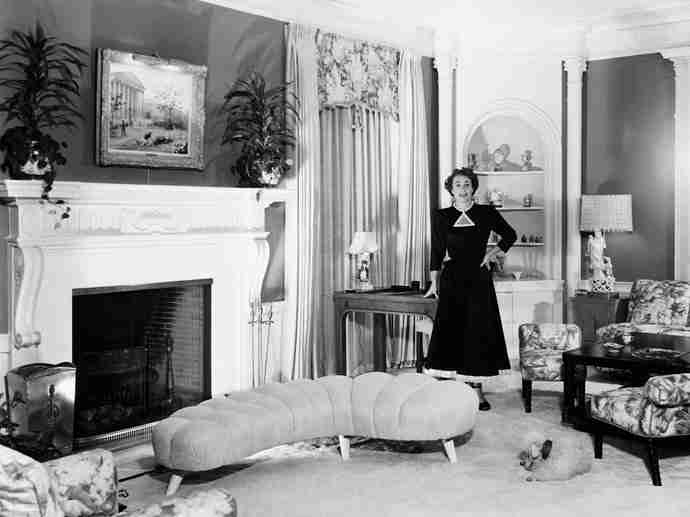 Joan Crawford in the sitting room of her Brentwood home, designed by interior decorator William Haines. From Bettmann/Getty Images via Vanity Fair.

Haine’s wisecracking spirit translated into casually beautiful, livable spaces that created harmony between the private interiors and the highly public lives of Hollywood royalty. Soon, everyone wanted to bring the magic of their onscreen lives into their homes, and Haines’ “beauty prize” was once again in great demand. 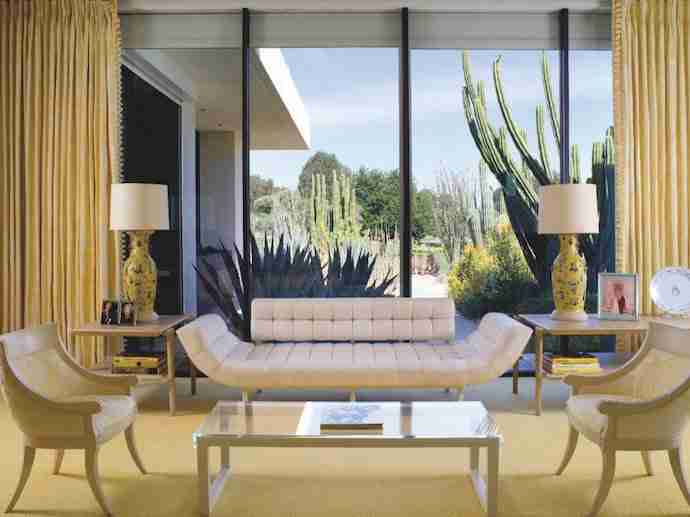 Today, his pieces are highly sought by artists and collectors with an eye for elegant modern design. From Joan Crawford’s white to Carol Lombard’s color pops to the stately Pennsylvania home of Ambassador Walter Annenberg, Haines’ greatest devotion was to his own standards. “Quality tells” he said. Authentic, bold and devoted to love and beauty, the quality of Haines’ work has stood as strong as his convictions.

Want to learn more? Watch this documentary about William Haines.

A bedroom is more than just a place to sleep. For

Home is where the fireplace is 🔥 Getting cozy i