When the New York Design Center (200 Lex) asked us to partner with them to create a dining environment for the 2015 DIFFA’s Dining by Design event, we were thrilled. It has always been a favorite event in the design industry, and 200 Lex has long been a generous supporter of DIFFA (Design Industries Foundation Fighting AIDS). We were excited to take part. Inspired by the black-and-white and gilded all-over aura of the golden age of Hollywood, we fashioned a glamorous dining pavilion. 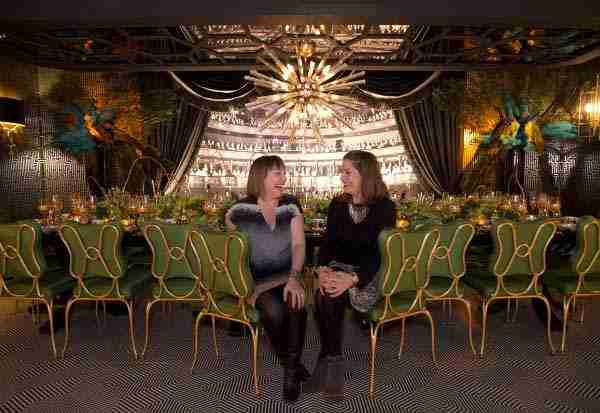 Furnished entirely by the high-end showrooms in 200 Lex, we gathered items to create a sophisticated and pattern-rich tableau, to set a scene where dinner was to be held on-stage in a gleaming “dining room.” Our table-scape featured fretwork mirrors, deco-inspired wall sconces and a chandelier. A featured hue was emerald, with silk by Kravet upholstering 18 Celerie Kemble for Henredon dining chairs. Beyond the “stage,” an audience from a vintage black and white image looked on from orchestra, mezzanine and balcony. 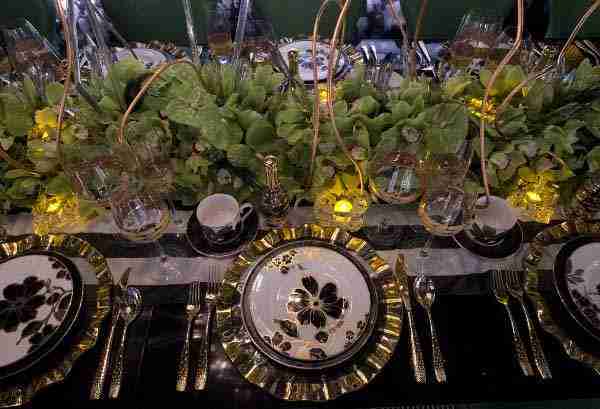 We thought it would add touch of fun if the viewpoint of this dining environment was from the backstage, framed by the backs of scenery flats, a makeup table and an “On-air” sign. 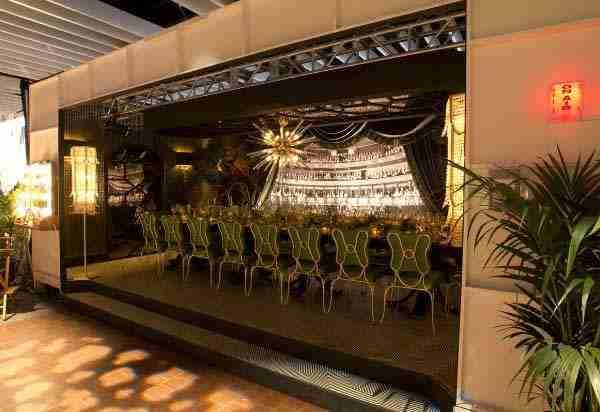 The New York chapter of ASID (American Society of Interior Designers) named our golden age of Hollywood inspired table Best in Show, and the design press and bloggers were very generous in their coverage, but we must confess, this was our favorite, New York legend Bill Cunningham putting us in the Style section: 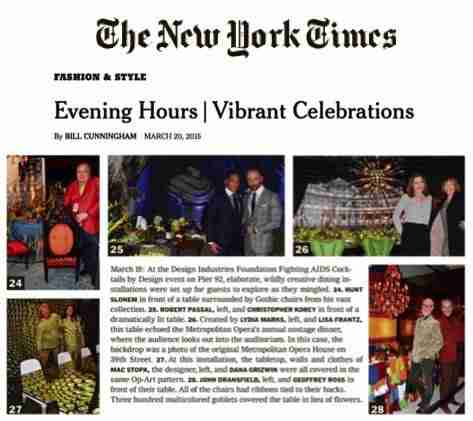 As always, we’re so grateful to the design companies and artisans who loaned, donated and gave their time and effort to help us create this.

Photos in this post courtesy of The New York Design Center: Darren Ornitz

The new dining room is multidimensional but for Tu

Art in your home can make a significant impact by

When the wallpaper matches the season 💛🍁🍂